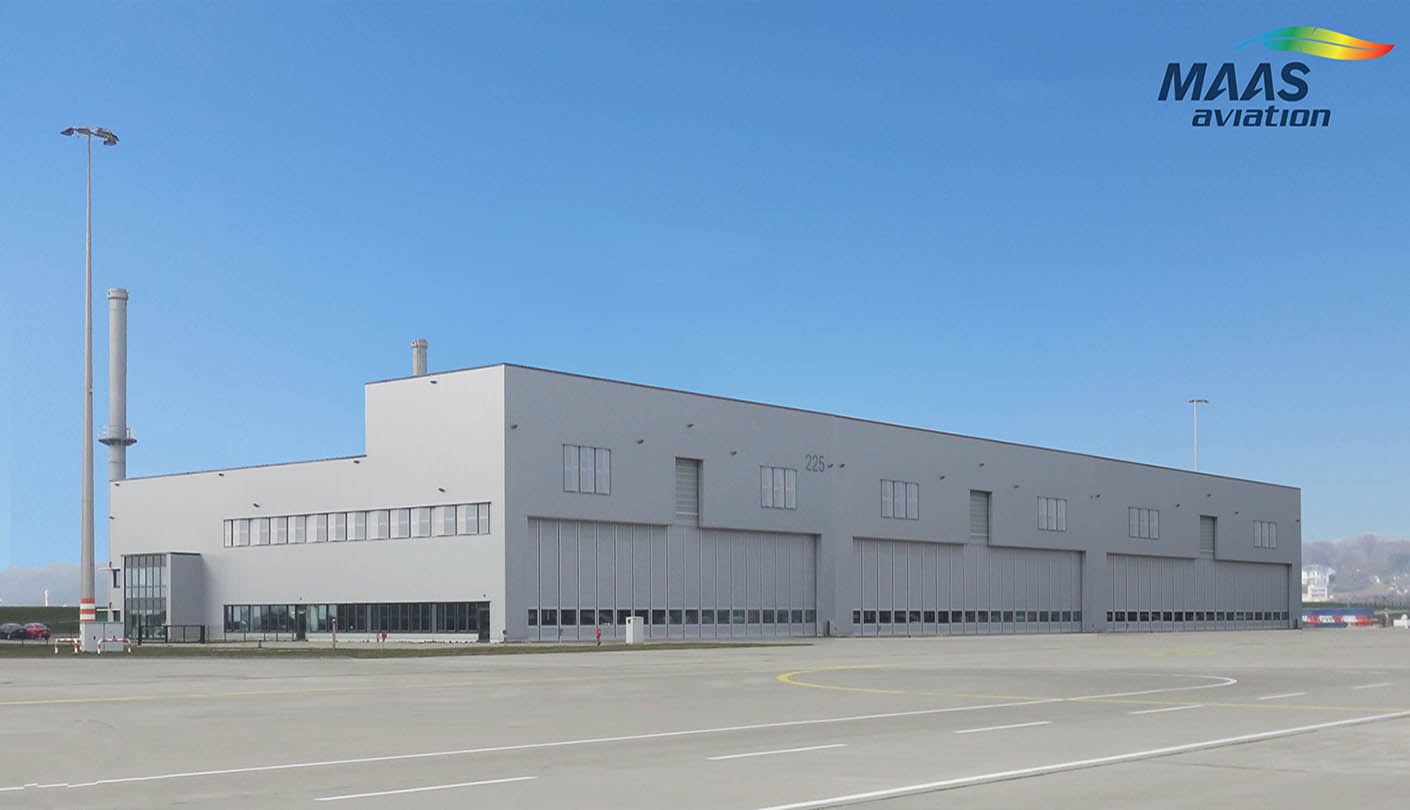 MAAS Aviation has announced it will invest more than €4 million in constructing a second aircraft painting services facility and upgrading its existing paint shop at Maastricht Aachen Airport. The project is being supported by the Province of Limburg which has approved regional funding of €1.2 million towards the cost of the investment. This investment by MAAS Aviation is in keeping with the Province’s strategy to attract investment at the airport and it provides impetus to the Maastricht Airport Maintenance Boulevard.
MAAS Aviation has been established at the Airport since 1988. The company provides specialist aircraft painting services to aircraft operators located throughout the world. The company also operates a second paint shop in the Netherlands at the Woensdrecht military base where it provides painting support services to Fokker Services.
In 1988, MAAS Aviation selected Maastricht Airport as its central European headquarters and relocated its operations from Shannon, Ireland to Maastricht. This resulted in the first privately owned aircraft painting hangar in Europe being built at Maastricht Airport. The assistance of the Province and LIOF at the time was instrumental in Maastricht being selected for this project. Group Chief Executive, Darragh Hall commented “it gives me great pleasure, some 30 years later, to be re-investing in Maastricht Airport with the announcement of this new state of the art hangar and a complete upgrade of our existing facility. We are very grateful to the Province and all our project partners for their continued support and we look forward to the ongoing development over the next 30 years of what has been a great relationship here at Maastricht.”
This expansion at Maastricht Airport is part of a strategic growth plan embarked on by the company which has seen the company construct and operate specialist paint shops at the Airbus manufacturing facilities in Hamburg and in Alabama, USA. The company has a strong relationship with Airbus as a result of achieving exacting OEM standards for which the company is renowned.
MAAS Aviation currently has three further paint shops in construction – a second one at the Airbus facility in Hamburg and two MRO paint shops co-located with the company’s Airbus facility in Mobile, Alabama. By mid-2017, the company will be operating 8 paint shops across the group which will place the company in the top 10 aircraft painting companies in the world.